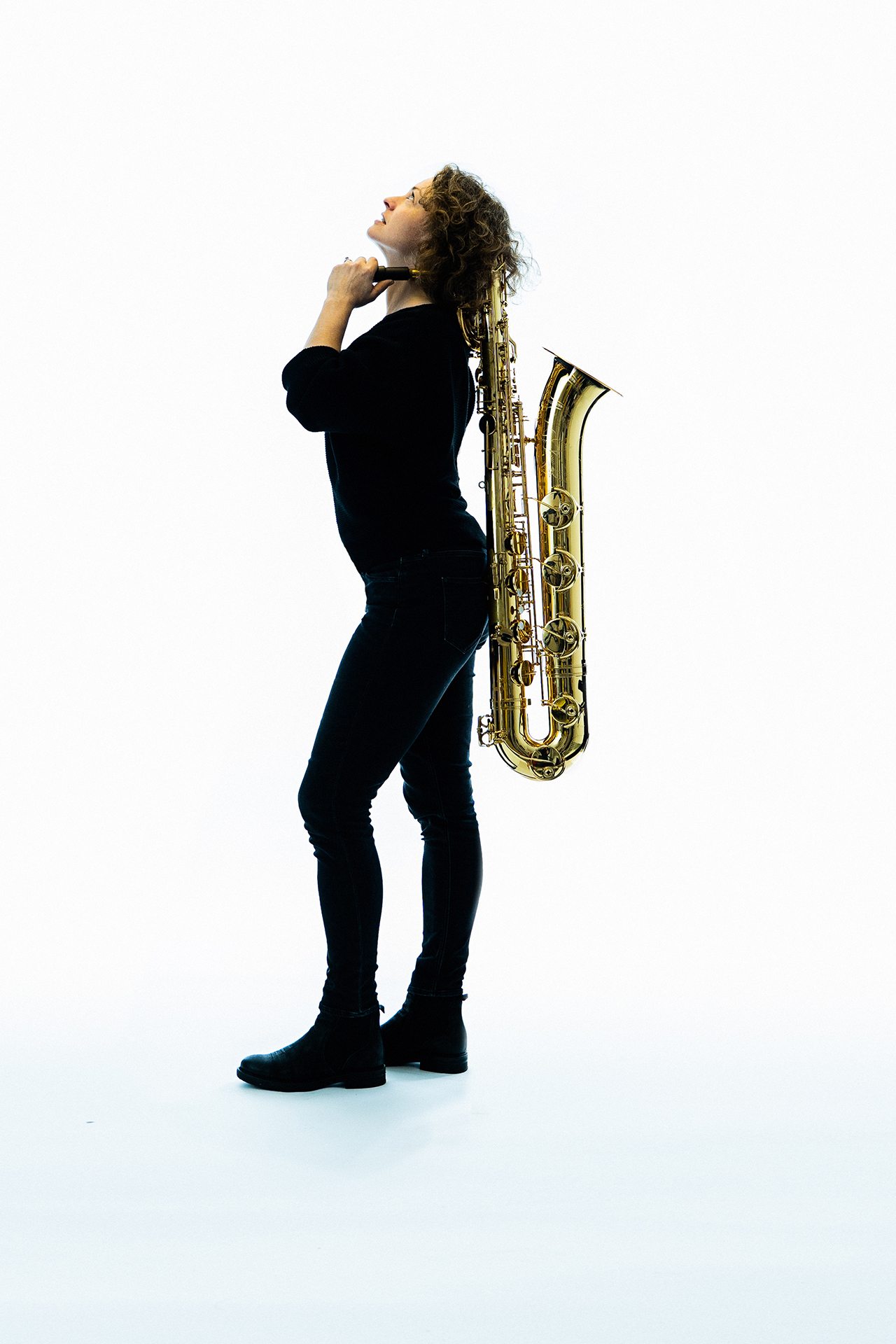 Baritone sax player, composer and educator Katharina (Tini) Thomsen is building a strong following for her unique style of high-energy jazz-rock with her bands MaxSax and Q4wowing audiences at festivals and venues across Europe.

Tini recently conducted  her Peter and the Wolf Project with the Swedish Norrbotten Big Band on an extensive tour.

Tini started playing the saxophone at the age of 13 after falling deeply in love with Tony Curtis in the movie Some Like It Hot.

She started on the tenor but after discovering she could go lower, switched to the baritone at the age of 15 and three years late, began playing in the Landesjugendjazzorchester Hamburg and the German Youth Jazz Orchestra.

After two years studying jazz at the Hochschule für Musik und Theater in Hamburg with Fiete Felsch, in 2003 she moved to Amsterdam to study with Ferdinand Povel. In 2005 an instrument with an even lower register, the bass clarinet, caught her attention, and she took the opportunity to study it as second main subject with Erik van Deuren until 2011. In 2008 she finished her degree (saxophone), and in 2011 she finished her masters degree in saxophone with distinction and with special note for composition which had become her third main focus.

Since her graduation in July 2011, she has been much sought after as a freelance musician, arranger and composer in Germany, The Netherlands, England and Sweden.

Tini has received several awards for her compositions;

Since the 2017 release of ‘The Long Ride’ MaxSax have been performing consistently throughout Europe, including appearances at the prestigious Bimhuis club in Amsterdam, the North Sea Jazz Festival, and the ARD Hörspielfestival.This led to a guest TV interview on NDR’s ‘Das Rote Sofa’ in 2018.

In 2019 Tini arranged the music for a collaboration between the South African artist Lira, a South African Jazz ensemble and Nils Landgren, and still found time to perform with Jules Buckley and the Heritage Orchestra at the Royal Albert Hall in London for the BBC Proms, and in the band for Simon Cowell’s hit TV show X Factor.

She also writes for and conducts German Radio Bigbands, such as the NDR and HR Bigband.

She joined the great Dr John with a Dutch horn section for concerts at the North Sea Jazz Festival, Montreux Jazz Festival and Jazz in Middelheim.